Article and photos by Ricardo Valencia

In September of last year at an important meeting of waste collectors in Dakar, Senegal, StreetNet International encouraged its Africa affiliates to organize waste pickers.

Participants discussed key problems such as child labour, waste pickers paying to collect waste instead of being paid, lack of knowledge of rights, lack of local government capacity to manage waste, and the privatization of waste collection.

People listened with great interest to presentations from the well-organized waste pickers in Pune, India which made delegates realize that whatever men can do, women can also do. They heard too how collectors in Latin America had launched a strong network that now spreads across the continent.

There was also much discussion about the health scheme for waste pickers in Senegal’s Bokk Diom organization put in place by NGOs and the United Nations Development Programme (UNDP). 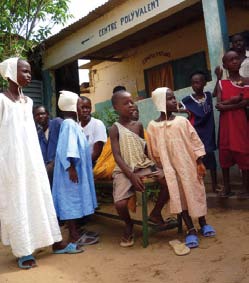 At the end of the workshop people reflected on what they had gained. They felt by learning about waste pickers in different countries they had begun to understand the importance of managing the environment through recycling. They had learnt about the value chain from collecting to recycling with all work done by marginalized groups.

The importance of communication and networking to build strong organization also came home to people especially as this can assist in creating employment and eradicating poverty.

A South African delegate, Cynthia Nkosi was truly excited, “The Indian people, wow! They do things as one. Kenyan people also. Each and everyone gets the same salary. I work on my own but we are still trying to make one because we are 15 in our Barberton landfill.”

On returning to their countries delegates vowed to keep in contact and reach out to other waste pickers in Africa and across the world. Most of all they wanted to go home and implement in their own organizations what they had learnt especially from organization in Latin America and India.

Delegates spoke of the need to contact their governments at home to introduce waste picker friendly legislation and to make government aware of their plight.

StreetNet encouraged its African affiliates to meet other waste pickers and to find out whether they are organised, and to assist the unorganised to form associations or cooperatives. Street vendors often meet waste pickers as they both work in public spaces so this is very possible.

When countries identify waste pickers’ organisations affiliates need to notify StreetNet of names and contact details. It will then pass on this information to WIEGO’s (Women in Informal Employment: Globalising and Organising) Africa Waste Pickers’ Coordinator as WIEGO is supporting waste pickers to establish a global network of waste pickers.

At the end of the meeting delegates committed themselves to keeping in touch with StreetNet affiliates and to locating and building new waste pickers’ organizations in their countries.

One delegate said, “Initially we thought that only the Latin Americans were organizing, but now we are proud that internationally while it may be that our hands are in the trash, but our head is held high.”