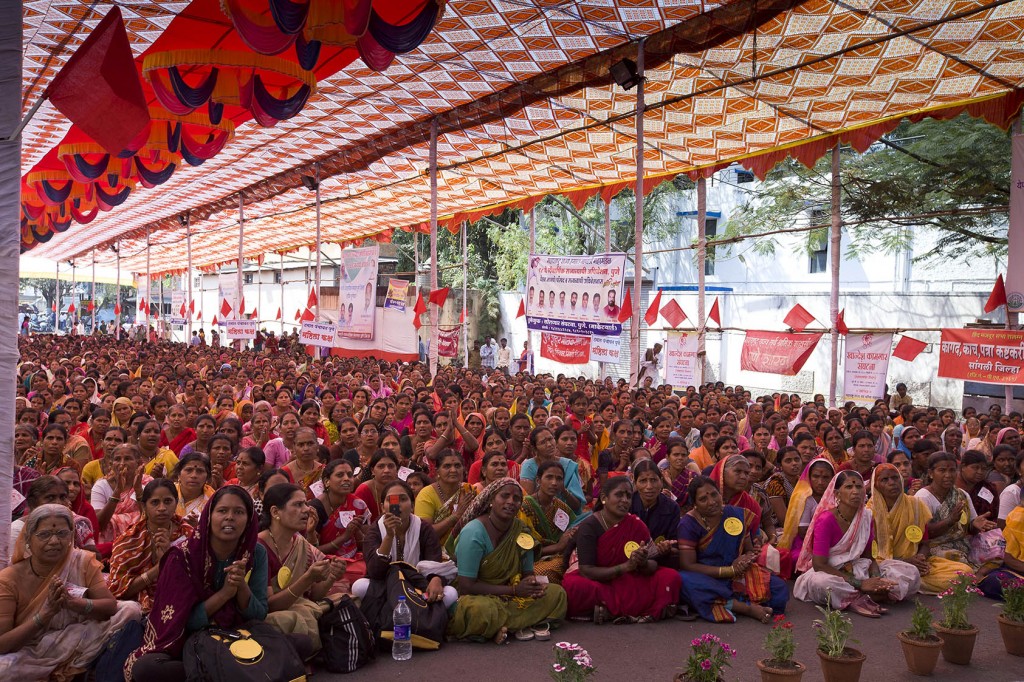 Pension for the aging working poor is not a freebie. It is not about welfare but a sign of gratitude towards those in their twilight years. Yes they were not treated fairly during their working years. They did not get regular work, were not entitled to minimum wages and got no employment benefits. Pension is a right that the aging working poor have earned by virtue of having given the best years of their lives to contribute to the economy. They have built houses and highways, cleaned streets, collected materials for recycling, cooked food and looked after households, rolled beedies, assembled electronic goods and even polished diamonds. They were able to feed and clothe themselves and their families because they worked. Society must compensate them in their twilight years.

Government employees enjoy pension benefits. Even elected representatives enjoy pension benefits. The most vulnerable sections of society, the working poor do not. Waste pickers, headloaders, domestic workers and many other unorganised workers assembled at a Pension Parishad in Pune on 25th February to demand the right to care and protection in old age, in the form of pension.

Almost every Indian bends down to seek the blessings of the elders at different points in their lives. Indians pride themselves on their respect for the elderly. It is time for that respect to be translated into something more tangible in the form of pension. The elderly need food, health care, clothes, medicines and the Government can help the aging pay for them through universal pensions.

The demand for universal pension was first raised in Pune at a Convention of Unorganised Workers in Pune. The demand resonated in several states among the working poor to coalesce into a 5 day dharna demanding universal pension. It is not as if the problem of pensions is only that of the poor. Thousands of government and private sector employees have grievances about their pensions or provident funds not being paid to them or being so delayed that it is almost worthless. The problem is therefore not only of the working poor but of the aging. The elderly are among the most vulnerable in society and deserve to live out their lives with dignity.

About 2000 working poor from 9 states will be present at the dharna.

The programme for the dharna is as follows:

7th – Public hearing on issues of the elderly.

9th – Public hearing on issues of marginalised and vulnerable groups

11th – Pension Parishad discussion on the response to the charter of demands. Planning the way forward.

On the campaign trail:

100 motor cyclists of the Hamal Panchayat will ride into Delhi tomorrow after campaigning en route during their journey to Pune. They will arrive by about 5 pm. The motor cyclists will campaign in Delhi over the next two days.

150 waste pickers from Kagad Kach Patra Kashtakari Panchayat Pune will reach Indore on the 6th where they will address a press conference and meet with local waste pickers. Waste pickers from Indore and Ujjain will join them and reach Delhi on Monday 7th May.