Felipe Rosario has been a proud waste picker since 2008, when he followed both of his brothers’ footsteps into the profession. He was 18 years old. A native of Cuesta Blanca, in the Dominican Republic, he works at La Associación de Recicladores del Eco-Parque Rafey. The waste pickers’ association is located on the largest landfill in the northern part of the country.

“It was painful for me to see trash everywhere, to see it polluting the rivers,” Felipe said. “To solve this problem, I needed to become a waste picker.”

As a sanitary landfill, every day when trash gets dumped there, it’s covered up within a few hours. The waste pickers have a limited time frame to collect recyclables before they’re buried.

Felipe says that in April 2009, the waste pickers ran into a problem when the engineers in charge of the sanitary landfill decided to impose their rules, including deciding how many people could work at the landfill. When the waste pickers began protesting, Felipe says, the managers of the landfill reacted unjustly. “The scandal was so big” that it attracted the attention and support of Red Lacre and human rights organizations. The waste pickers have continued to develop relationships with several organizations. 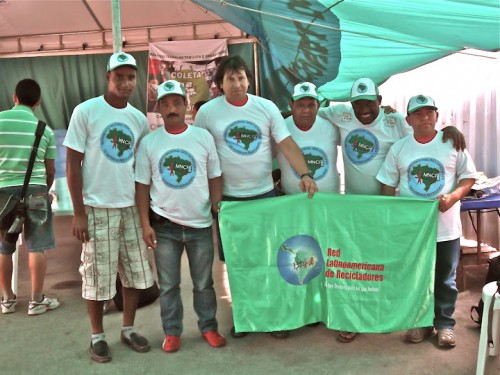 Red Lacre at the MNCR tent at the People’s Summit, June 2012.

Since then, more than 300 waste pickers in the association have been through trainings, including conflict management, administration, and solid waste management. The trainings were supported by a number of organizations and agencies, but primarily by the Fundación Solidaridad, the Xunta de Galicia-España, and the Department of Commerce. Members worked at the dump during the day and attended trainings at night.

For a 21 year-old, Felipe carries a surprising number of responsibilities. In 2009 – only a year after he joined the waste pickers’ association – its members elected him president. Felipe says 523 waste pickers – the majority of which are men – work on the landfill and all are members of the association. “I decided to run but never expected to be elected,” Felipe said.

In March of this year, a pilot project – a recycling plant – was inaugurated. Felipe says the plant is not operating yet but that at first, 14 waste pickers from the association will work there. That number will grow to 150. He says the idea behind the project is to improve the working conditions of waste pickers. It will eventually become the first recycling plant managed by waste pickers working in coordination with the city government. 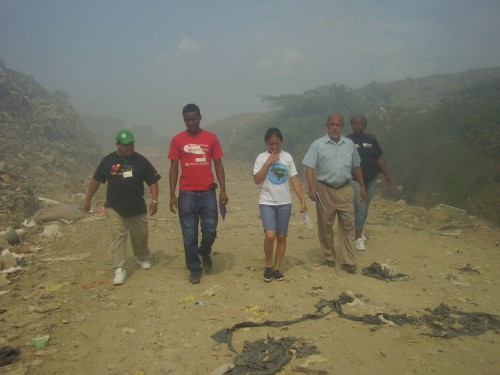 Felipe dedicates his time to the association during the day and works at the landfill at night. He is also taking preparatory courses in political science so that he can pursue his degree in the subject. He plans to begin taking classes at the university next year. His goal is to eventually become president of his country.

“The Dominican Republic needs a leader that is interested in social issues,” he said. “I think I can be one of them.” Felipe also says he wants to see his country free of environmental contamination.

Felipe’s determination has gone a long way. Earlier this year, at the Latin and Central American Conference of Waste Pickers, Felipe was elected to serve as a representative of Red Lacre’s communications secretariat, along with Seferina Tolentino Dilone, a waste picker and vice president of the association.

“It’s been very rewarding working in the communications secretariat, especially the part where I get to learn from other waste pickers,” Felipe reflected. He says some of his responsibilities include distributing relevant and important information to waste pickers and to revise their proposals before they are sent for approval by the managing committee.

In June of this year, Felipe had the opportunity to participate in side events at Rio+20, the U.N. Conference on Sustainable Development as well as the People’s Summit, the alternative space that gathered thousands of social movements and members of civil society.

“It was a very interesting and educational experience,” Felipe said. “Waste pickers are a solution to many environmental and economic problems. We can make a huge economic impact, creating a society free of waste and contamination and creating many opportunities.”

At a panel featuring representatives of Red Lacre, held in the Brazilian movement’s space during the People’s Summit, Felipe talked about his current work within the Latin American network. “Red Lacre, with allies’ support, is helping create national movements of waste pickers,” he said. Right now, he is working towards the formation of a national network in the Dominican Republic. 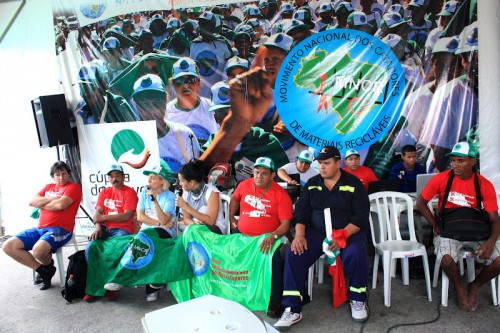 Red Lacre participating in a panel at the People’s Summit.

Red Lacre has started a call for projects to support these national movements. “The purpose is that each of these waste picker organizations will have the opportunity to strengthen their movements, join efforts, keep fighting, and maintain themselves organized,” he said. “Red Lacre is an ally that all of us need to keep moving forward.”

“To share this experience with waste pickers from Brazil and other parts of the world was unforgettable,” Felipe said. “I learned that it’s not easy but that my country can improve. I took with me an insatiable desire to make these gains a reality with my fellow waste pickers.”