After a night of heavy rains, waste picker Bongekile Hilda Ntshangase (50) drowned in the Msunduzi River on her way back to the New England Road landfill site after she and her husband had been to the Central Waste depot to sell recyclables on September 23. Members of the Hlanganani MaAfrika Waste Picker Cooperative, the South African Waste Picker Association (SAWPA), groundWork, and other waste pickers from the area, attended her funeral. Bongekile and her husband made a living as waste pickers on the landfill site for over 15 years. The difficult situation of poverty that they – along with many other waste pickers – were forced to live in, meant they often had to cross the river either going to the depot from the landfill or vice versa if Central Waste trucks were not available to transport them in order to generate some income. Read the press release (in English).

More updates from Africa coming soon in the next round-up!

The waste pickers in the Brazilian capital showed vigor and conviction in demanding their rights and futures, going head on with the federal government and completely paralyzing a landfill (Lixão da Estrutural), transfer stations, and plants. The protest forced the government to reconsider a public-private partnership (PPP) — one which would have given a 30 year contract to one company for 5 billion US dollars. The National Movement (MNCR) demonstrated the strength of the people when they mobilize and work towards the transformation and future of our planet. Long live our struggle! Long live the MNCR! No to incineration!
Read the MNCR press release (in Portuguese)
Depois de nove dias de bloqueio, catadores liberam lixão do DF
Catadores fecham entrada de lixão

Another victory in Brazil: Minas Gerais to become the first state to compensate waste pickers for their environmental service (Brazil – October 2012)

Announced at the Waste and Citizenship Festival, waste pickers in the state of Minas Gerais, Brazil, will become the first to receive payment as environmental service providers. This has been an historical demand by the Brazilian National Movement of Waste Pickers (MNCR). Waste pickers will be paid according to the amount of recyclable material they collect at their cooperatives and associations. The number of associations registered has already reached 119 across all regions of the state, benefiting a total of 1,561 waste pickers. Read the MNCR press release (in Portuguese).

Congress approved a recycling legislation project that recognizes the rights of the waste pickers and their associations. This proposal establishes that the state, through particular departments, recognize and formally certify waste pickers as competent workers, regardless of the manner in which they acquired their skills. In addition, the legislation states, municipal governments should support the formation of associations or ventures for waste pickers to work as service providers. The legislation also prohibits waste picking for minors under 14 years of age, and will take action against anyone who violates this child labor laws. The proposition was recently sent to the Senate. Read article (in Spanish) 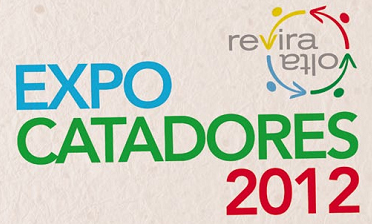 The event will host 1,500 waste pickers from 25 Brazilian states, as well as visitors and government leaders such as President Dilma Rousseff. There will be an international presence, with participation from waste pickers from 12 countries in Latin America as well as India, Benin, Kenya,  the Democratic Republic of Congo. The 3rd National and International Gathering of Waste Pickers will be happening throughout Expocatadores with the goal of exchanging experiences. The themes that will be debated in the technical seminars will focus on the implementation of the National Waste Policy, the closing of open dumps and waste management plans. Read the full program and other important information (in Portuguese)

Waste pickers’ organizations from Bogota demonstrated on November 8th along with more than 5,000 waste pickers at Plaza Bolivar, a major public square. As part of their historical negotiation process with the Bogota municipal government, they are fighting for a solid waste management plan that includes all waste pickers from the city as well as the entire recycling chain. See video as well as message and news articles shared by Silvio Ruiz Grisales, ARB. Keep informed with more updates coming soon with next news round-up!

SWaCH protest against the PCMC

SWaCH officially terminated work on November 1 in the PCMC (the Pimpri Chinchwad Municipal Corporation). The workers have been ’employed’ by the new contractors that have applied for an interim 6 month contract floated by the PCMC. The waste pickers were told they will only be paid 100 Rupees per day, though the contract says 200 Rupees. The contractors are also all threatening that the waste pickers should not take away the recyclables, though they’ve continued to access it. At the second hearing on November 5, the judge chided PCMC for being retrogressive, suggested that waste pickers be included in the contract terms, and also urged the PCMC not to flout government directives. A temporary stay order has been issued on the 5 year contract that had been floated. They have asked PCMC to continue with the interim contract until they change the terms of the new contract. The next hearing is on November 26th. Link to this news.

The All India Kabadi Mazdoor Mahasangh (AIKMM) is a membership-based organization of waste collectors. Carrying the struggle of waste collectors forward the AIKKM is organizing its First National Conference on December 10-11 in Bareilly, Uttar Pradesh. The conference will be attended by the waste collectors and their organizations from 12 states in India and will be preceded by a public rally on December 10 and followed by a National Seminar on December 11. The seminar topic will be, “Whose Waste, Who Profits: Impact of Waste Privatization on the Informal Sector.” Read the press release (in English).