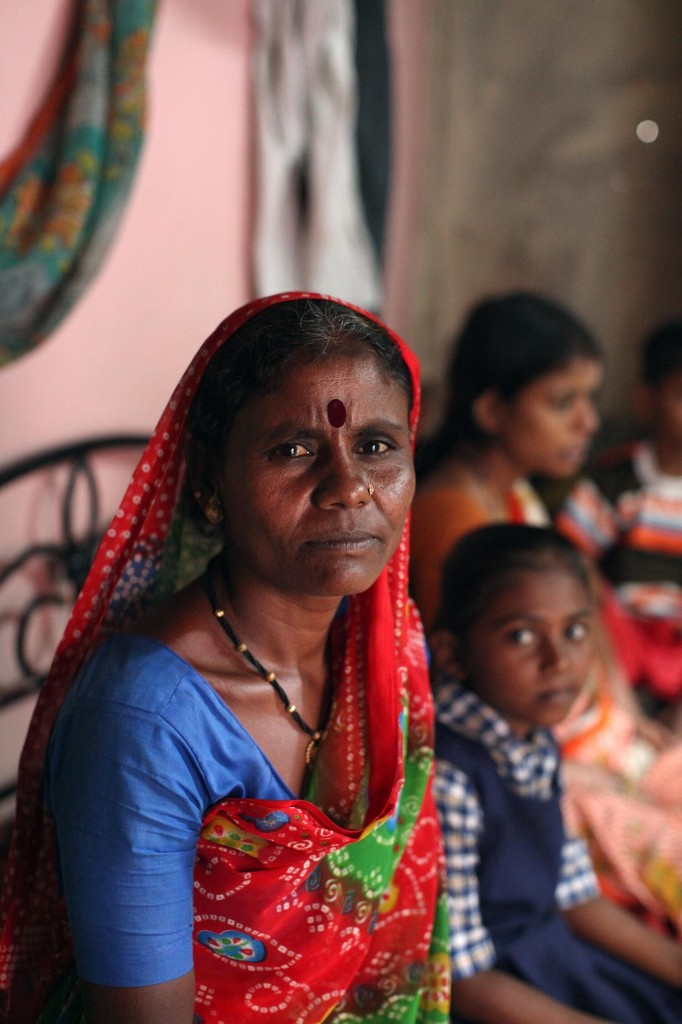 By the Alliance of Indian Waste Pickers

Kagad Kach Patra Kashtakari Panchayat (KKPKP), a registered trade union of waste pickers based in Pune and Pimpri Chinchwad, organised an awareness programme for its members on January 2 2013, to familiarise them with RTE Act, and particularly to discuss with them how to make best use of the provisions of the 25% reservation quota for children from deprived backgrounds.

The meeting was attended by over 250 KKPKP members, many of whom were parents or caregivers of young children, but there were also local area/ward representatives, group leaders, etc.  The parents and family members had made it a point to attend because they wanted to know more about the admission procedure for the coming academic year so that their children did not miss out on the chance of joining a ‘good’ school. The KKPKP karykartas, on the other hand, were there to learn as much as possible about the RTE in order to guide those who approached them for information and advice.

Those present were very keen on listening to the experiences of parents who had secured admission for their children in the previous round last year. They were happy to hear that though there were some obstacles along the way, on the whole, the experience has been a positive one. The parents said that their children were happy in the private schools to which they have been admitted. They were delighted that “all classes are conducted, teachers are always present and they are actually concerned about the children!”

Describing her experience of interacting with her son’s teacher, Lata Shankar Kakde shared that her child was being teased by his classmates because of his name (Popat): “I alerted his teacher to this, because my son was getting teased every day. I didn’t know how she would react, but she listened to me and spoke to the children about their hurtful behaviour. Then, when I mentioned that I wanted to change my child’s name to something more dignified, she also guided me about how to go about this.”

While many parents feel strongly about the type of school they want to take admission in, Lata points out — “I am not so worried about English medium/Marathi medium or private school/ government school…I want good teaching and good quality education for my child, that’s all.”

Other parents, however, pointed out that English medium education would give their children a distinct advantage in the future. The parents all regretted that the PMC schools did not teach with the discipline and regularity that marked these private schools so that more children of poor parents would have a chance at a good education.

The parents also appreciated the regular PTA meetings, the way ‘problems’ or problematic behaviour was sensitively handled through discussion with the parent, one-on-one meetings and notes in the diary rather than by punishing the small child. Most of all, the fact that there was no physical punishment was appreciated by all.

It is often said that children see no social distinctions and accept each other quite naturally when the atmosphere is conducive… Clearly illustrating this, no parent felt that their child had faced any sort of discrimination based on socio-economic status, caste or community from their classmates, or from the teachers and school staff, once they had secured admission in the class.

When parents felt bewildered by the proceedings of the PTA meetings, possibly due to the language barrier, the teachers were considerate enough to explain the proceedings in a separate session. Similarly, they were happy to give the children extra support when needed – but so far, the children seem to be coping well without extra attention.

The resource persons at the KKPKP meeting explained how the government’s expenditure per child was structured – that is, how much was allocated by the government, and how much schools spent on an average. This topic generated some discussion as members shared their anxieties, based on others’ experiences which they had heard about, and their own reading of the situation – do we have to pay for materials/uniform/transport/food?  Those who took admission in the last round shared that most schools had asked them to cover expenditure on uniform, shoes, bags, notebooks and books. Only Magarpatta International School at present was covering all expenditure.

An interesting side-effect of the RTE 25% provision for children from disadvantaged backgrounds, is that it has brought the mothers of the children, out into new forums and situations. These young mothers are the driving force behind the children, attending PTA meetings, discussing their child’s future with the teachers, helping the children with homework.

So far, the number of children admitted to private schools under the RTE rule, is still fairly low in Pune. As the numbers increase – KKPKP, along with other organisations, is planning an admission drive that will try to get the maximum number of eligible children admitted in the coming academic session – schools will find that simply relying on the goodwill of individual teachers, will not be enough: systems will have to be put into place to ensure that the children of poor parents are given  regular support where required, by sensitised teachers; to ensure that the costs are reimbursed to the school so that they do not pass this burden on to the poor parents; and to ensure that this excellent opportunity to equalise access to basic education does not lapse, underutilised.

Tweet
| Press Releases | Tags: KKPKP, rag pickers, right to education act, waste pickers
Comments Off on Waste pickers and their children have the right to an education!
Comments RSS feed for this post.
Loading Comments...