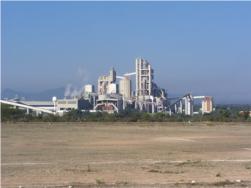 The Global Alliance for Incinerator Alternatives (GAIA) and Revuelta Verde recently released a report on the struggle against waste incineration in cement factories in Mexico. The United Nations´ Clean Development Mechanism (carbon trading scheme) could approve a proposal for a UK-based company to incinerate waste in a cement kiln in Huichapan. In 2011 it approved the CDM proposal for the same company to incinerate waste in Tepeaca, Mexico. Since the December 2011 closure of Bordo Poniente landfill (and the displacement of 1,500 waste pickers that depended on it for their livelihoods), the waste once sent there has been transferred across state lines to be incinerated in the CEMEX cement kilns.

After much public pressure and complaints of resulting health problems in the community, the government of the state of Hidalgo recognized that the practices of incineration and disposal of the waste in the CEMEX plant were illegal. CEMEX and all of the other cement factories in the state were then required to stop burning waste as fuels and transporting trash across state borders. But now CEMEX could be approved as a “sustainable” solution to climate change. Groups in Huichapan are engaging in socially inclusive Zero Waste initiatives that would stop if the proposal is approved. GAIA and Revuelta Verde have not heard back from the CDM secretariat. The deadline is 29 days from receipt of the report, which will be the end of February.

Case study: “From Bordo Poniente to CEMEX: the CDM’s support for waste incineration in cement factories”