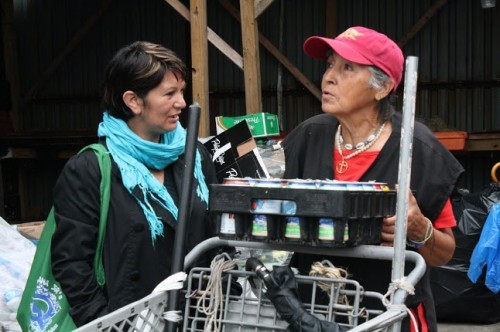 In September of 2011, Nohra Padilla, a waste picker from Bogota, Colombia, visited them at the New York-based organization, Sure We Can. She was thrilled to see many waste pickers on the streets, some of them even from Colombia, as the woman on the right in the above photo. There were also many waste pickers from Central America, Asia and the United States. Now, a short documentary film about the New York canners, called “Redemption,” has been nominated for an Academy Award.  Watch the trailer of “Redemption”