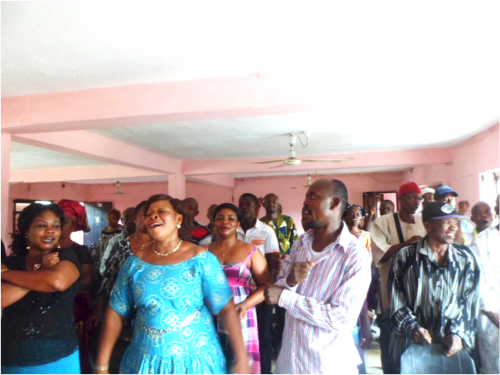 Summary of a FIWON/WIEGO report

Women in Informal Employment: Globalizing and Organizing (WIEGO) and the Federation of Informal Workers’ Organizations of Nigeria (FIWON) gave an update of a waste pickers’ organizing project in Nigeria. Project facilitators said the project, which is in its final phase, has seen progress in the seven target cities. Meetings among waste pickers became regular with some centers holding meetings once or twice a month. The second capacity-building workshop focused on building democratic organizations of waste pickers, methods of engaging other stakeholders and government agencies as well as the general public. The meetings ended with a workshop which provided a template to address challenges faced by waste pickers in the target cities of Lagos, Ibadan, Aba, Port Harcourt, Ilorin, Abuja and Akure.

In most cases waste pickers are learning for the first time that it is not impossible to engage government and public authorities for necessary interventions and support and that it is within their rights to do so. They are also gaining confidence as they learn to meet, think and work together. There is a lot of excitement at the prospect of doing their job with less harassment, extortion and exploitation by predatory public agencies, the police and waste dealers.

The main challenge remains their limited capacity to embark on the onerous task of advocacy and constant engagement with public authorities and the organized private sector towards leveraging support for some of the modest projects they have set for themselves. But, in all, an irreversible organizing process has certainly been set in motion in the 7 cities covered under the project.

Participants of the Lagos, Nigeria, workshop. (Photo: FIWON)
Tweet
| Trainings | Tags: Nigeria
Comments Off on Update from Nigeria: “An irreversible organizing process has been set in motion”
Comments RSS feed for this post.
Loading Comments...