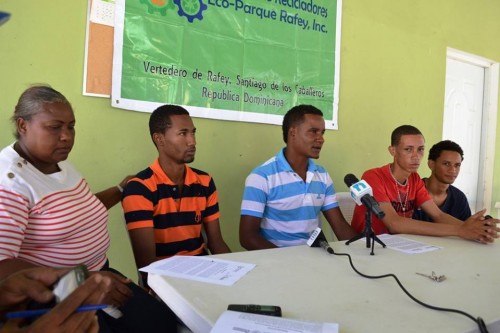 In October, the Association of Waste Pickers of Eco Parque Rafey landfill in the Dominican Republic warned about the dangers of a landfill called the Vertedero Municipal de Santiago de los Caballeros. Because of poor management, the landfill frequently catches on fire. The Association stated that the fires are a result of a lack of management since June 13, 2013. Since this date, operational equipment has remained broken despite the municipal government’s claims that it has fixed it. The Association’s members stated also that the landfill is long past its limit and therefore the waste is being deposited in the streets.

The waste pickers of the association want to make clear that they have nothing to do with the fires, which they say are caused by poor management. Where no one is looking, they are putting the fires out with trash, the press release says. The waste pickers called the Mayor of Santiago and the Minister of the Environment to take responsibility for the situation. If they don’t, it’s likely that in a month’s time, they will have to find land for another landfill. Read the full press release (in Spanish).

Tweet
| Landfills Press Releases |
Comments Off on Waste pickers in the Dominican Republic warn of a landfill’s dangers
Comments RSS feed for this post.
Loading Comments...