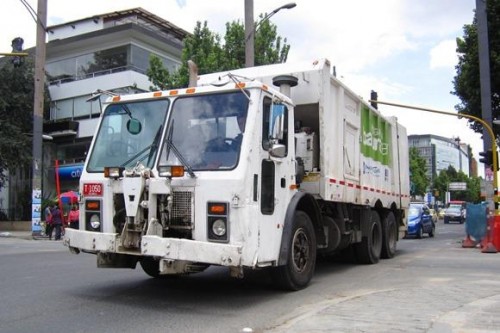 As of 14 January, Gustavo Petro was still the mayor of Bogotá. But only for 10 days. What happens after that is anyone’s guess.

Petro was elected mayor in October 2011. But on 9 December 2013 Colombia’s Inspector General Alejandro Ordóñez ordered that Petro be dismissed and banned from politics for 15 years. Tens of thousands of citizens protested in the streets. One launched a legal application saying that citizens’ rights were violated by the removal of a democratically elected mayor. In response, on 14 January the Superior Tribunal of Cundinamarca suspended his dismissal for 10 days while they investigate. But even if they rule in Petro’s favour, his opponents have ensured that a referendum on whether he should stay or go will be held in March.

A load of rubbish

Surprisingly, this political mess all started over a load of rubbish. In 2012 Petro cancelled costly contracts with private waste management companies and had the municipality take over rubbish collection. When trash was not collected for three days during the handover in December 2012, Ordóñez ruled that this violated free competition and caused an environmental crisis.

The international media have highlighted the implications of the former guerrilla’s ousting for ongoing peace talks between the Colombian government and Farc rebels.

But the media are ignoring the underlying issue: how trash has become a hot commodity and a key political issue in cities worldwide. This is unfortunate, as the globalised nature of struggles over waste means that the story unfolding in Bogotá has lessons for cities everywhere.

Without waste management our gleaming modern cities quickly grind to a halt.

Informal recyclers are the unsung environmental heroes of our age. UN Habitat estimates they collect 50 to 100% of waste in most developing cities.

Their astounding recycling rates put fancy first-world systems to shame. In 2008 only 7% of Brazilian municipalities had formal recycling programmes, but because of informal recyclers 92% of aluminium and 80% of cardbooard were recycled. Rotterdam’s 30% recycling rate pales in comparison.

Despite their contributions, informal recyclers are almost universally derided, their critical role in waste management overlooked.

From Bogotá to Cairo to Delhi, local governments seeking to “modernise” their trash systems adopt privatisation models from Europe and North America that sideline informal recyclers.

Privatisation of waste management is bad policy for three reasons. First, privatisation results in precipitous drops in recycling rate. Typically, private companies are discouraged from recycling as they are paid per tonne disposed. Targets are set too low — Cairo’s informal recyclers remove 66% of materials from the waste stream, but privatisation contracts only require a 20% rate.

Second, privatisation increases poverty as it robs informal recyclers of their livelihood. They already pick garbag for a living and have few other options.

Petro’s system counters these problems of privatisation and is lauded around the world. As a zero waste system it is good for the environment. It alleviates poverty and promotes economic fairness by paying informal recyclers for their environmental service. Informal recyclers divert 600 tonnes of waste a day from the dump, saving Bogotá transport costs and landfill space. But historically they were not paid for this. Their only income came from the sale of recyclables, and three-quarters earned under the minimum wage. Now the city pays those who are registered and have a bank account the same amount per tonne recycled as it pays private companies for sending waste to the landfill.

Petro did not dream up this innovative system on his own. The transformation was driven by the city’s informal recyclers through their organisation the Asociación de Recicladores de Bogotá (ARB).

The ARB won two landmark constitutional court victories challenging their exclusion from the privatised trash system. In 2003 the court instructed the city to build informal recyclers’ capacity to compete for future tenders. The city failed to comply. So in 2012 the court blocked the new US$1.7bn tender and ordered the municipality to give informal recyclers exclusive access to recyclables and pay them for their service.

When Petro took office he seized this as an opportunity to restructure the waste system to prioritise environmental sustainnability and cost efficiency by ending privatisation and promoting zero waste.

This effort to end privatisation led to Petro’s ousting. But what was the real cause of the trash crisis when the city took over waste management?

Petro wanted to extend the private contracts for six months while he built state capacity to deliver the service. But, according to El Espectador, the companies wanted to force Petro to give them new long-term contracts. So they refused the short-term extensions, stopped collecting trash, and conspired to create the crisis for which Petro is blamed.

Bogotá’s garbage crisis is not, therefore, evidence of the inherent incompetence of the state. Instead it reveals how the beneficiaries of privatisation engaged in dirty politics to prevent a democratically elected government from ending a system that paid them huge profits, but cost the city’s residents a fortune. Municipalities elsewhere face similar vested interests and challenges in reversing privatisation.

Petro’s waste system is not perfect. Informal recyclers say too few receive payments and fear new proposals will marginalise them. But they join tens of thousands of people protesting Petro’s removal from power. They want him to remain so they can continue to negotiate a fairer, more equitable, environmentally sustainable public waste management system. Bogotá’s waste system is a model for municipalities worldwide. Together with Petro and Colombian democracy it must be defended.