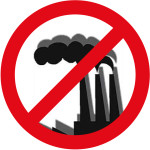 We waste pickers, organized nationally as part of the National Movement of Brazilian Waste Pickers (MNCR), and continentally, as part of the Latin American and Caribbean Network of Waste Pickers/Recyclers (Red Lacre), pronounce ourselves vehemently against waste incineration as a way to treat solid waste.

We are fighting so that in Brazil and throughout the Latin American continent, systems will be created that prioritize and make possible recycling and composting of solid waste, that generate jobs and income (with social inclusion), and that defend our environment and resources — both economic and energetic.

No matter the waste-to-energy technology — whether it’s through thermoelectric, Pyrolysis or Plasma technologies — they are contrary and directly compete with recycling, which comprises more than 90 percent of urban solid waste.

Huge investments are needed to treat the particulate matter in the highly toxic waste from incinerators. Besides huge investments to treat gases, many particulates, such as dioxins and furans, stay suspended in the air, contaminate the water and soil, causing many problems for the population as these substances accumulate in our systems. Incinerators are expensive tools that drive out other kinds of waste treatment — especially recycling and composting.

We reaffirm our support and solidarity with the people of Uruguay and our waste picker brothers and sisters, that since 2002 have been organizing with us and are part of Red Lacre. Count on our knowledge, support, and our struggle together in defense of life and the environment.

Let’s recycle and not incinerate!
No steps backwards!