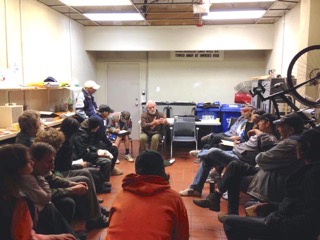 On October 6, 2014 the Coffee Cup Revolution (CCR) was held in Vancouver, British Columbia, Canada. 169 people from across Vancouver collected coffee cups from garbage cans for a 5 cents refund. The event was organized to raise awareness of:

Each person was eligible to collect a refund of up to 400 cups ($20). Over the course of the day, 41,686 disposable coffee cups were collected and  binners were paid $2,084. Volunteers also helped build art installations using the returned cups. The art installations transformed the coffee cups into a tree, the walls of a small building, and the figure of a man sitting. These demonstrated the transformative role that extending the recycling-deposit system has on the lives of people who survive by collecting recyclables. The event’s organizer, Ken Lyotier, the binners involved in the event, and community partners all spoke about the need to partner and support binners in the Inner City (Downtown Eastside) and throughout Vancouver. The event provided an important opportunity for community engagement and created a space for social inclusion and connection.

Since the CCR, monthly meetings have been held with a group of binners who call themselves the Binner’s Project. This group is working to identify local opportunities for employment and connection by sharing their knowledge and expertise with other binners across Canada. The group has connected with Coop Les Valoristes, a Montreal group of informal recyclers (valoristes) who are working to start a redemption center. The diverse resources available to waste pickers across Canada make it so that there is much to learn for one another.

In 2015 the Binner’s Project hopes to continue to build a local network of binners and increase recognition of the work they do in Vancouver and increase economic opportunities for local binners, while also strengthening connections nationally with Montreal and other cities. 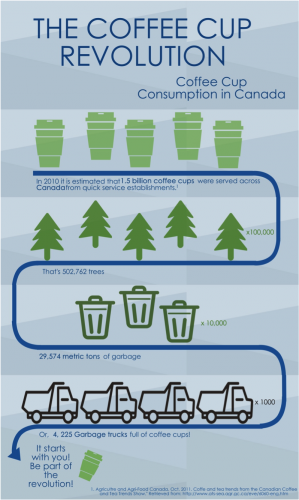 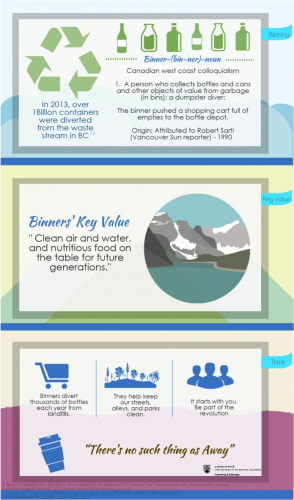