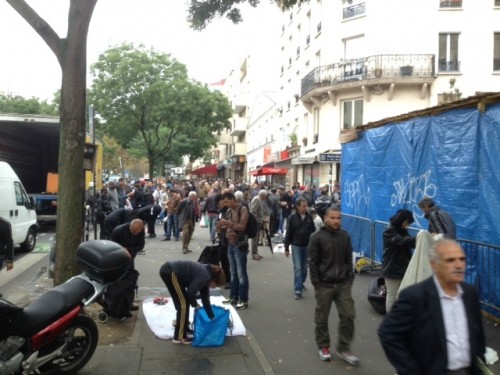 In the fall of 2014, the city of Bagnolet, France, was the scene of a crisis that attracted the media and concerned citizens: the reclaiming of public space by about 500 biffins (waste pickers and scrap dealers) and the thousands of citizens who traded their used goods at the informal market. The city council has in no way sought to normalize this spontaneous activity led by these excluded workers. The city’s leaders have not been interested in restoring peace and creating jobs for this population. The biffins, chased away from the flea markets in Montreuil by the city government, have moved to other areas of the 20th district as well as the 18th district (Barbès, gate of Montmartre). Forced to trade in already saturated and chaotic areas, the biffins’ livelihoods are at stake. The “problem” has simply been moved once again, as it was throughout the previous government. When will we get out of this vicious cycle?