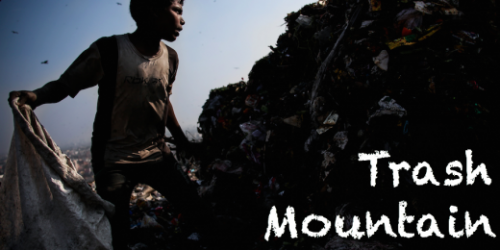 “With no real system of waste collection, the dump sites have been extended beyond the municipal borders,” reads the introduction to a series of photos by Sebastian Castelier, a photographer who visited Ghazipur landfill, in New Delhi, in 2014. “Known as ‘trash mountain’, its specifications cannot fail to shock: 400m length to 400m high. Those who work in this garbage segregation industry are numbering 1.7 million people across India.” Visit “Trash Mountain” to see the complete photo series. 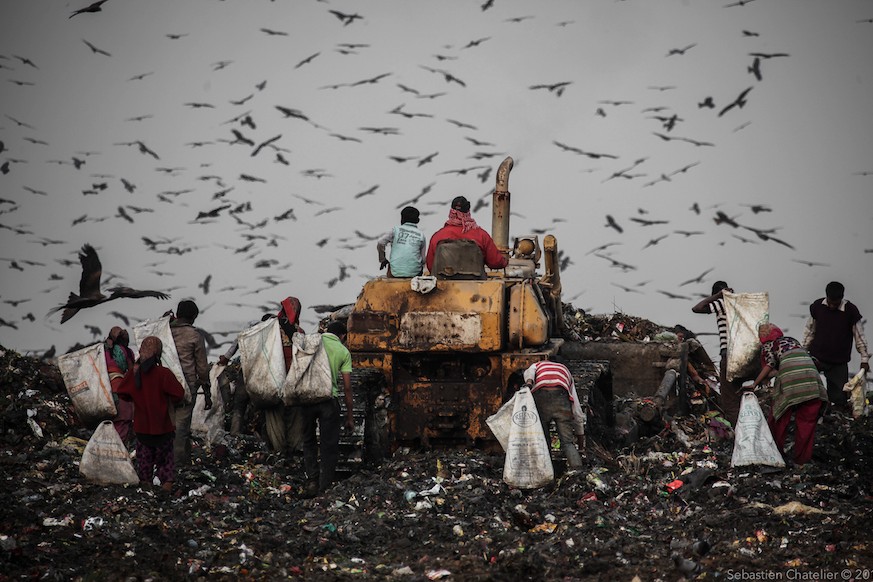 At least a hundred workers work without any protective gear in the waste. Maximum of them are Muslims, native to the state of Bihar, or illegal migrants from Bangladesh. Approximately 30% of the workers are children, the youngest: 7 or 8 years old. Also, women approximately represent 50% of the workers. (Photo: Sebastien Castelier) 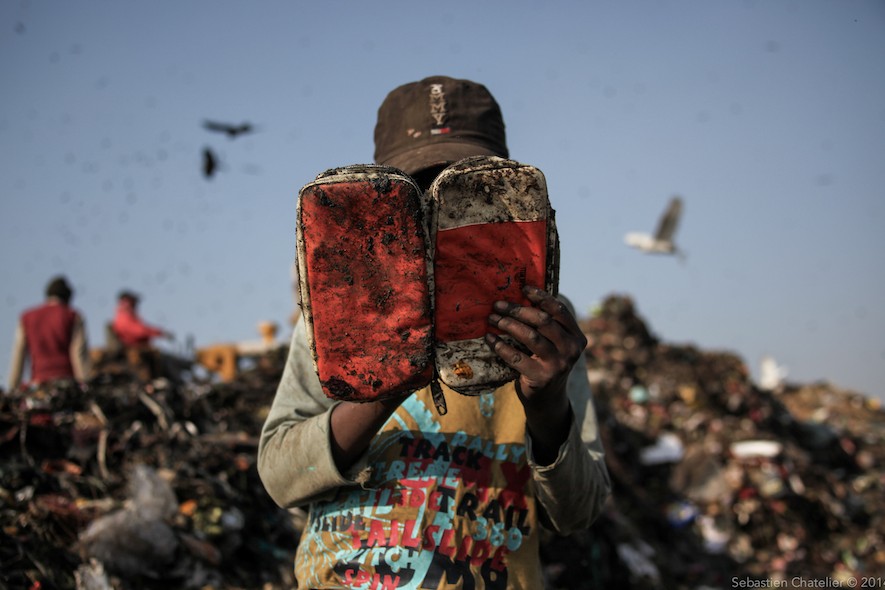 Education of Worker in Trash Mountain – New Delhi. This child has just discovered a dream object: a pencil case. An object that resonates as a mirage for these children who are uneducated. Several NGOs have tried to deliver free education to the children from the site at various locations, but they have had very limited results as the children’s priority is their work. (Photo: Sebastien Castelier)