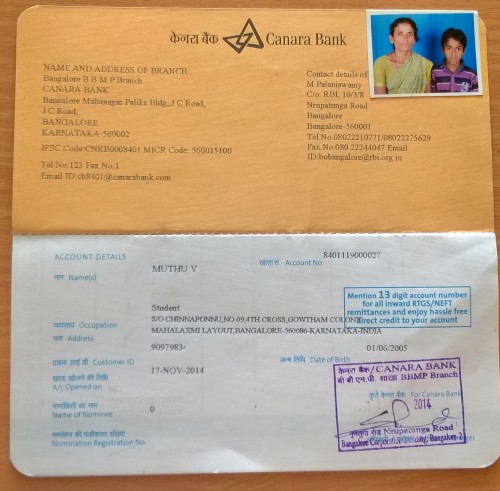 117 children of wastepickers in Bangalore receive scholarships worth INR 216,450. The scholarship programme is initiated by Ministry of Social Justice and Empowerment at the Union Government level and is extended to all pre-matriculation students- children of parents engaged in ‘unclean occupation’. When the scholarship programme was rolled out, government didn’t include wastepicking as an occupation in the eligibility list for availing it. The consistent effort of Alliance of Indian Wastepickers led to the inclusion in the criteria.

Many organisations across India are pursuing the case of inclusion at state and municipal level. In Karnataka, it was the efforts of Hasiru Dala which bore fruit. Hasiru Dala facilitated scholarship application for 224 children and out of which 117 have received it with the amount INR 1850 per child. The scholarship application was made to Department of Social Welfare, Govt. of Karnataka. To avail the scholarship it was must to open joint savings account in the bank on the name of parents and their offspring. The bank accounts can be opened in any nationalized bank. The current accounts are hosted in Canara Bank, Corporation Bank and Vijay Bank. Forms for availing the scholarship were issued online on the website of the department. Organization activists printed, filled the forms and submitted them manually to the department. Scholarship is open to all children studying in government or private schools.

There were several challenges to initiate the process including opening of the bank accounts. Banks were reluctant to open zero balance joint account on the name of the mother and the child. Availing certification of enrolment of children in the school was another setback. It is believed that there will be lesser number of obstacles in renewing the application every year, which is to be done by the school administration depending on whether they have internet connection or not.