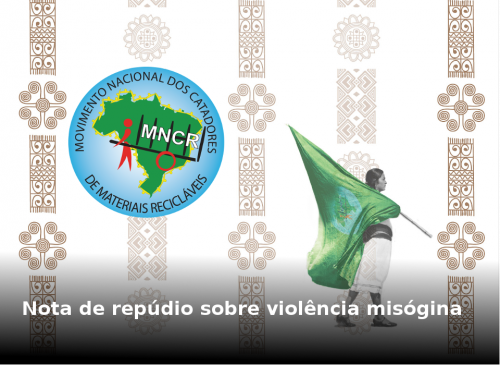 It is with deep disappointment that we waste pickers, workers, mothers, and heads of families, denounce the intolerance and lack of democratic values that we now see displayed on car stickers. These images uphold a misogynist nation and violate not only the image of our female president but the image of a woman that won the elections in a legitimate way, and who represents our country. The debate happening now is not a political debate but one about gender – about acts that harm the rights of women. Never in the history of Brazil, with its history of atrocities committed by former presidents, has the honor and image of a president been so degraded, with sexist and cowardly arguments such as the ones that are being used against President Dilma Rousseff – a leader who helped restore of democracy in Brazil. We make public our denunciation of violence in any form and sexist, misogynist and cowardly political debates. We denounce the images that are being shared in our country’s popular media. Access the original press release (in Portuguese).