‘Start up’ is a buzzword of the day. On Independence Day, from Red Fort, Prime Minister Modi gave a call for ‘Stand up India, Start up India’.  He reiterated it in detail during his visit to Silicon Valley. Karnataka government announced a plan for having ‘Start up Policy’, it will be the first of its kind in India.

So much talk about ‘start ups’, but what is a ‘start up’?

Bibek Debroy, Member of NITI (National Institute for Transformation of India) Aayog in today’s op-ed in The Indian Express tried to define ‘start up’, as per his own admission, the definition is ambiguous. According to him ‘start up’ is a sense of disruption in status quo business environment; it has a commercial application and most importantly, ‘presence of an entrepreneur and it is an act of entrepreneurship’. With the given framing the design of ‘start up’ becomes inclusive. Thus, this definition brings a lot more people in the room, who are not per se college graduates owning laptops and fluent in English. 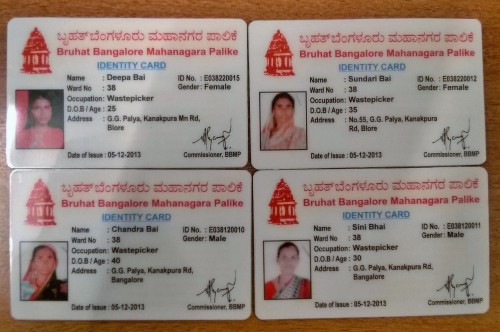 I remember in our childhood, we used to call suited booted man with attaché case -a businessman. From then on to now, my own understanding of ‘businessman’ has changed. The indistinct definition reflects the same understanding. It brings waste-pickers, waste sorters and godown owners, re-processors all under the ambit of ‘start up’ or as we used to say in past ‘businessman’. Street vendors, cobblers, neighbourhood tea shop walla are all entrepreneurs with their big and small businesses. For some a new venture i.e. starts up is a representative of risk taking ability, for the others it is survival strategy.