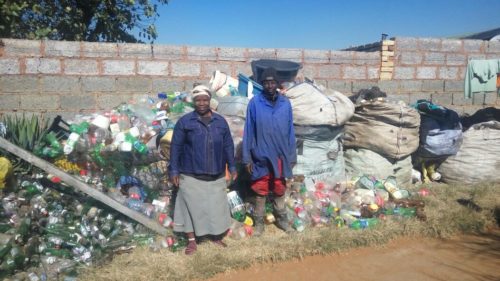 On July 1st, contracts signed by the City of Johannesburg’s Pikitup with private recycling companies will come into effect, threatening the livelihoods of hundreds of informal street reclaimers (waste pickers). This is despite appeals to Pikitup and the City since September last year to disclose and discuss these contracts with street reclaimers. Exclusion of waste pickers from the process of recycling runs counter to national government policy and contradicts commitments made by the City. Johannesburg’s waste pickers have no intention of letting the matter rest, and are planning protests and possible legal action.

For generations, collecting recyclable and reusable materials has been a small but important source of income for thousands of South Africans. By giving recycling contracts to private companies, the city is intentionally opting for a private system, when a less costly, more socially responsible and environmentally-friendly solid waste management programme that includes reclaimers, is possible. By Pikitup’s own admission, in one area, waste that waste pickers divert from the landfill is double that of what Pikitup is collecting and managing – so not only is this  contract less socially just, but it also compromises the environmental contribution that reclaimers currently provide to the city. Furthermore, this arrangement will create additional hardship for up to 10,000 reclaimers in an economy that has reached a record unemployment rate of 27.7 per cent (the highest level since September 2003).

Pikitup says that it is requiring the companies to include reclaimers, but it is leaving it up to companies that have no experience in integrating reclaimers to figure out how to do this. It has not consulted with reclaimers about how they should be included. Pikitup and the City have stated they know that it is likely that people who are not reclaimers will be hired and that many reclaimers will be put out of work. This cannot go ahead. The city’s arrangement with private companies, will leave reclaimers who have worked hard, for years in the streets and on landfills, creating the city’s recycling system – out of work!

Johannesburg street and landfill waste pickers have been meeting regularly over the past few months and in the course of these meetings, they have formulated the following demands:

Johannesburg reclaimers plan to march to Pikitup and the Mayor’s office on July 10, 2017 to hand over a memorandum of demands.