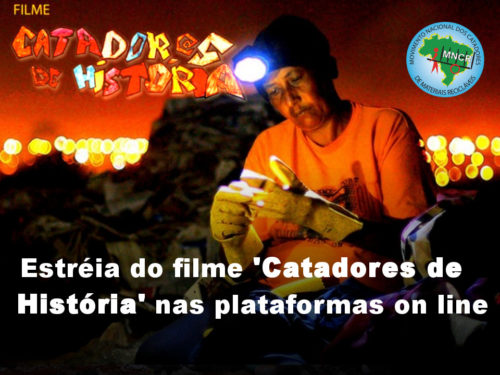 The feature film “Waste Picking Stories” (Catadores de História) directed by filmmaker Tania Quaresma was released on online platforms on December 13, 2018. It received three awards at the 49th edition of the Brasilia Festival of Brazilian Cinema. “What we heard the most during all of the shooting process was about the importance of men and women waste pickers being seen, being acknowledged,” said Tânia Quaresma.

The film depicts the lives of waste pickers from several regions of Brazil. It is a moving experience thanks to the richness of the testimonies and the intense dialogues with the waste pickers, who were part of the entire production process in public screenings of parts of the film and by sharing their opinions about the results. Additionally, waste pickers Ronei Alves, from Brasilia, and Alex Cardoso, from Porto Alegre, were part of the production team as Assistant Directors