Last year, among the policies promoted by the municipality of Rionegro (Colombia) to favour the private sector and worsen the conditions of organized groups of waste pickers, especially the Associate Work Cooperative ‘Planeta Verde’, the municipality of Rionegro filed criminal charges against the cooperative and urged it to immediately return the property where the organization has operated for the last 18 years.

Our defense put special emphasis on the fact that the cooperative had no intention of owning the property, but rather ensuring the work of waste pickers, and sought protection in the statements made by the Constitutional Court of Colombia. The criminal charges were eventually dismissed by the Court.
You can read and share Planeta Verde’s press release. Follow them on Twitter @coplanetaverde. 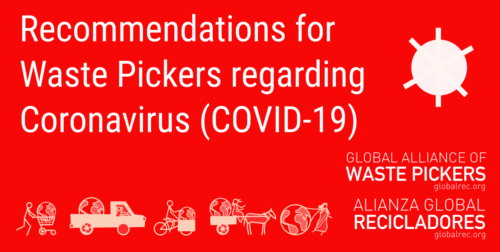