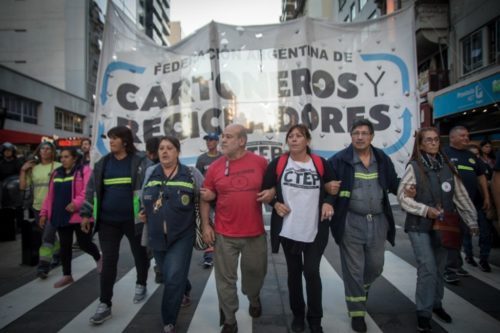 Once the container is locked, the lid remains blocked. Those without authorization have no access to them. Workers organized under the Federation of Waste Pickers and Recyclers of Argentina (FACCYR-CTEP) led a massive protest in downtown Buenos Aires against these containers with a magnetic lock.
When protesters marched to make their claim visible, the local police attacked them violently using tear gas and rubber sticks. Neighbours and journalists also repudiated violence. 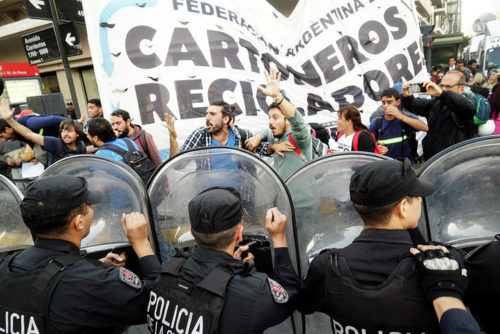 Although the already deployed containers have not been removed, the protest prevented new containers from reaching other areas of the city.
These containers represent a threat to the jobs of thousands of waste pickers who collect recyclable materials. It is also a discriminatory measure aimed at hiding poverty, instead of finding a solution to it. Likewise, there has been an increase in the number of attacks against independent waste pickers, who are not members of cooperatives and walk the streets searching for a means of livelihood.