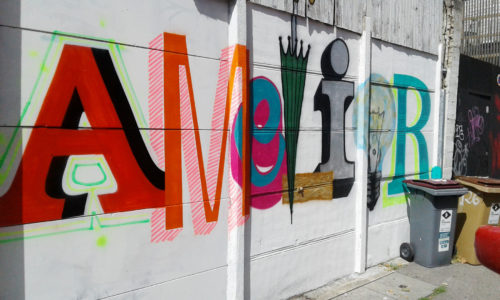 AMELIOR, the Association of Waste Pickers in Paris, has just won a call for projects funded by Syctom, the largest European Union dedicated to the collection and treatment of “waste”, to create a re-use and recycling centre of popular economic activities, including reclaimers’ markets every Saturday and Sunday.
The signing of the 2019-2022 financial and temporary occupation agreements should take place in the coming days.

This 2,500 square meter site, located in Bobigny in Seine St Denis, will allow the federative association of biffins (waste pickers) of Paris, Montreuil, Bagnolet and 42 cities of Ile-de-France to employ up to 10 people, ensure the long-term viability of our activities and develop our business as collectors-sorters-recyclers in a decent work environment that protects workers from exploitation and insecurity.

AMELIOR’s ambition, which is to have recognized the usefulness and role of biffins in waste prevention and reduction, is now officially endorsed by some institutions. This endorsement, which has just been initiated, is the culmination of several years of work, organization and struggle for the rights of the biffins to legally exercise their rights as workers, more precisely, as waste pickers and dealers.

We are pleased to have received the support of the « Est Ensemble » local authority, which pays organized biffins for their work as collectors of unsold items found in attics spaces across cities in the Est Ensemble territory.

After all, more than 6 monthly biffin markets in Montreuil, approved in 2013 and maintained since then, should be the benchmark that the organization of biffins is possible and real, in addition to being a benefit for all.

However, for all that, the oppression brought about by the repressive policies pursued since 2005 in Paris and some neighbouring cities has not ceased….
Research studies and the positive impact of our advances in terms of the design planning of the popular re-use and recycling economy should enable elected officials at the Paris City Hall and elsewhere become aware of the collective, climate and social impasse caused by intolerance and exclusion of biffin workers.

These advances are tied first of all to our autonomy, our courage and our perseverance in remaining united in the face of adversity, as well as the real capacities of the biffins and their allies to organize themselves despite the denial of rights, attacks and disparagement.

These victories are also the result of the solidarity of supporters and allies who promote our jobs and businesses, the positive and inspiring examples that the biffin reclaimers of Italy, Colombia, Argentina and Brazil have generously shared with us, among others.

Ten years after the victory of the biffins, organized by Sauve Qui Peut in Porte Montmartre in 2009, AMELIOR is pleased to announce that the biffins continue the fight for more social and climate justice.

PUBLIC SPACES AND MARKETS FOR ALL,
HURRAH FOR BIFFINS AS AN ORGANIZED ENTITY!