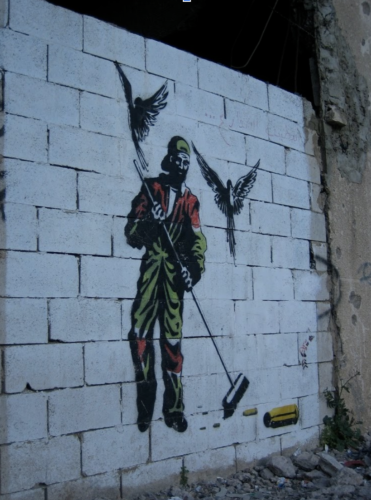 Recyclers in Lebanon are not disposable

The Global Alliance of Waste Pickers stands in solidarity with fellow recyclers in Lebanon in these difficult times.

The explosion in Beirut exposed them to worse conditions of vulnerability, abandonment and more abuse than they had been suffering since the beginning of the pandemic. Especially to migrant workers.

We denounce the failure of the multinational company RAMCO to pay the nearly 200 recyclers, we call for their prompt repatriation for the ones who wish to be repatriated to the embassies of Bangladesh, Indonesia and Egypt, and advocate for a better recovery of recyclers infected with COVID 19.

Recyclers and the August 4th explosion

Some of the victims are waste pickers from Bangladesh. Their bodies are still in hospital morgues and their identities are unknown. The rest of the workers need urgent evacuation as waste pickers are the first to be sent to clean up toxic waste and are forced to work in unsafe conditions.

Lebanon has been going through a garbage crisis that peaked in 2015. At present, working conditions are a minefield for waste pickers to enter, in addition to the national economic crisis and the current pandemic.

RAMCO, a monopolistic waste management company, has been violently oppressing its workers, mostly migrants from Bangladesh, Egypt, Indonesia, Syria and India. The workers from Bangladesh have been on strike during the months of April and May, demanding payment of their wages, food, days off, medicines and other basic rights of the workers, but the company responded with repression, sending riot police against them.

In the midst of their legal protest, the police entered the company’s facilities and beat the workers. The workers also reported the existence of a hidden subway torture room in RAMCO’s warehouse, where the workers were put in solitary confinement, tied up and beaten. One worker suffered severe mental distress and required immediate hospitalization which was not provided. Information related to this event was posted by the workers on social networks, but then the news was suspiciously removed from the social media.

Last May, RAMCO reached an agreement with the workers, although there are few reports in English from Al Jazeera and Middle East Eye about the terms of that agreement. The government’s response to the conflict, for its part, said there was nothing illegal or substandard and closed the investigation. The waste pickers have not been paid since October 2019, under the pretexts of condemning the workers’ revolts and their struggle, and the ongoing economic crisis. Still and all, the agreement for now has not yet been materialized, and is only a partial victory.

Why? Because the workers’ contracts say that they should be paid in dollars. When RAMCO imposed its agreement on the workers, it did so in Lebanese lira, but the lira is currently being devalued from one day to the next, a deplorable situation throughout the indebted national economies, dependent on the usurious regulations of the global financial bodies.

The official dollar rate is 1,500 lire, while the market rate is approximately 8,000 lire. The agreement reached by the workers with RAMCO is that they will be paid 1,800 liras. This means that their wage by now is almost nothing. However, some workers are satisfied with this sum, their current concern is that if they protest again, RAMCO will revoke this agreement.

Some press reports last July claim that RAMCO announced a call to hire only Lebanese workers in an effort to replace “migrant labor” and secure more employment for Lebanese. This means that either the Indonesian and Egyptian workers will be repatriated (as promised) or they will be simply dismissed.

Other urgent news reports that migrant workers at RAMCO are waiting for the results of the Coronavirus tests. After 131 migrant workers at RAMCO tested positive for COVID-19 and were moved to the Karantina area for quarantine, about 832 others were waiting for the test results. Company management denied putting the workers at risk. RAMCO did not disclose the nationalities of the infected workers. We are especially concerned about the Indonesian workers because they have a different type of visa (which increases their vulnerability) and are the ones who have been protesting.

Recyclers, catadores, cartoneros, carreros, biffins and canners, we want to continue building our network and strengthen our unions and associations around the world. We are committed to defending our work globally in order to achieve the goals we seek to build in this organisation. These are: