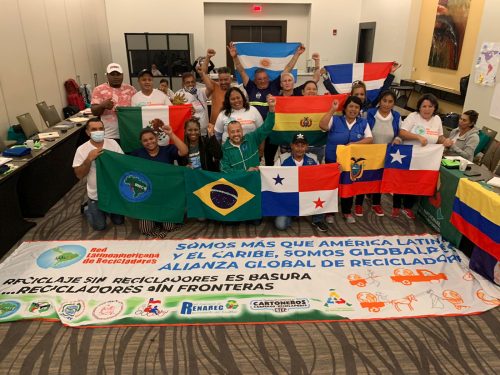 Organized by the Latin American Network of Waste Pickers (REDLACRE) and the National Movement of Waste Pickers of Panama, and supported by the Global Alliance of Waste Pickers (Globalrec), the assembly was attended by leaders, colleagues and supporters from several countries, including Chile, Colombia, Mexico, Costa Rica, Dominican Republic, Bolivia, Uruguay, El Salvador, Guatemala, Brazil, Ecuador and Argentina.

During the 5 days, the recyclers attended informative workshops that promoted the exchange of knowledge between the different organizations and recyclers – such as “analysis of public policies for recyclers”, “the plastic crisis” and “recyclers’ non-negotiables” – and private assembly sessions, where a new president and new secretariats were elected. 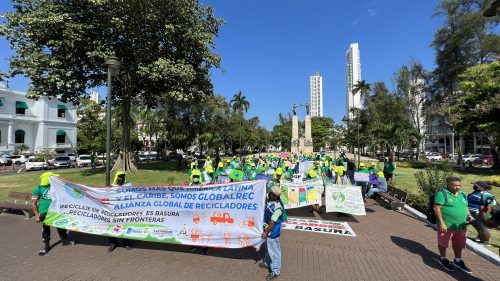 The event also included the first global climate strike, with the objective of taking to the National Congress their demand for a Socially Inclusive Packaging Law, as well as the DELIVERY OF A DOCUMENT written by the leaders TO THE LEGISLATIVE ASSEMBLY that demands recognition, remuneration and protection of the work of waste pickers in Panama.

Below you can find the agenda with the activities of the assembly, as well as the list of all the organizations that will participate in the event.

Tweet
| Press Releases Uncategorized |
Comments Off on Waste Pickers from Latin America gather in Panamá to learn, get informed and march for their rights.
Comments RSS feed for this post.
Loading Comments...