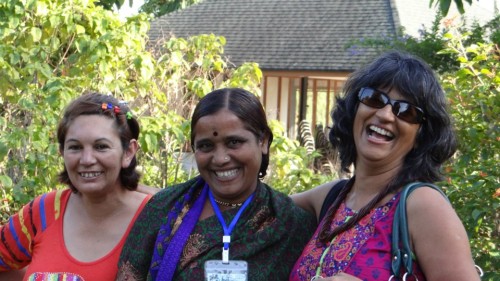 Nohra Padilla is a third generation recycler. She began working with her mother, collecting recyclables from waste, when she was seven years old. Upon completion of secondary school Nohra could not afford university studies and so she too became a recycler.

When her livelihood was threatened, she organized with her fellow recyclers to form a cooperative. This process eventually led to the formation of the Asociación de Recicladores de Bogotá (ARB), now 18,000 members strong and consisting of 24 cooperatives. She is its executive director.

Although the municipality did close the dump, it gave the cooperatives money to help finance their activities so that they could continue their collection work in the streets.

Three years ago Nohra also received a scholarship to finally attend university. She is completing a degree in administration which will help to strengthen the skills she has developed while working to organize recyclers.