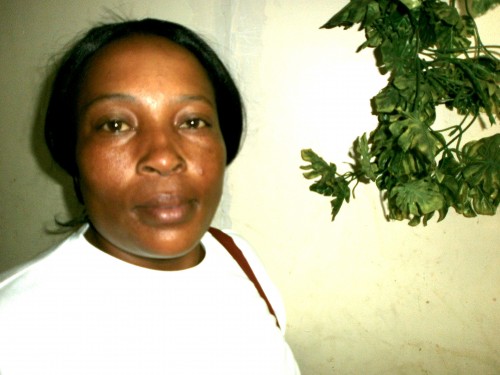 Nonhlanhla Mhlophe, from Pietermartizburg, South Africa, has been a waste picker for eight years. Before that, she was a domestic worker. A friend told her there was more money to be made in recycling.

Nonhlanhla works at the Pietermaritzburg landfill. In 2010, she and a group of other waste pickers at the dump-site started a cooperative called Hlanganane Ma Africa, which means, “Come Together as Africans.”

“Because the municipality wasn’t listening to us, we started organizing,” Nonhlanhla said. “Individually, no one will listen to us.”

Nonhlanhla participated in the Global Strategic Workshop of Waste Pickers in Pune, India in April of 2012. She is a member of the South African Waste Pickers’ Association (SAWPA).