This is an online space to mourn Simon Mbata’s death.

Send your support message to info@globalrec.org (Global Alliance of Waste Picker’s email) or leave a comment in this article. We’ll be updating this article when new material comes. 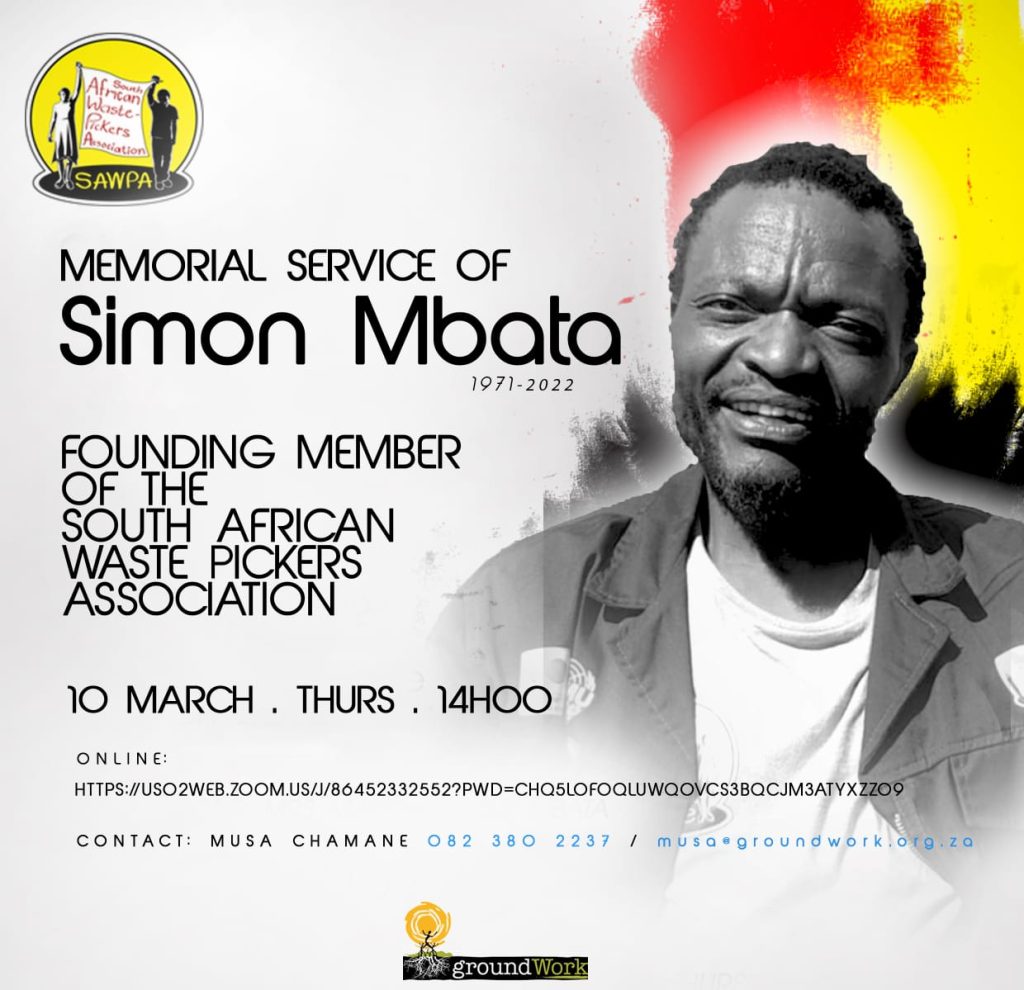 The Funeral Service will take place on Saturday 12 March 2022 in Kroonstad, Free State, starting at 08:00 am

All organisations, movements, and individuals who wish to assist the Mbata family should please do so via the below banking details:

Messages of support from organizations and people 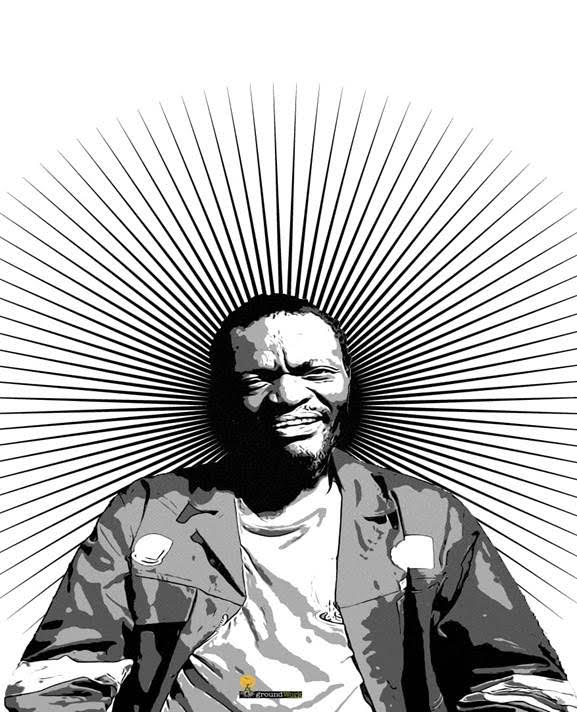 Simon Mbata: The Waste Picker Pioneer who had dinner with the Pope
A tribute to my dearest friend, colleague and brother

It all started in the Free State, at the waste dumpsite in Sasolburg, South Africa, 15 years ago. It was a chilly, dry winter when I accompanied groundWork researchers to the landfill in 2007. We were met by a couple of very dark-skinned people in very dusty clothes, as if they had been walking on the side of a busy dirt road. I communicated with them in English, which was not their common dialect.  They spoke SeSotho and Afrikaans, which I am bad at. Simon stood out from the group, just by making sufficient effort to communicate with us, telling us of the difficulties they faced in their daily work of salvaging recyclable materials in exchange for money. The relationship between Simon and I started on that particular winter’s day, in 2007.

He had a very familiar surname among the Zulu clan and he used me to learn the IsiZulu and English languages, perfecting his IsiZulu over time, even though at the beginning he couldn’t construct a sentence. He joked that people should speak to me in SeSotho because I did not want to learn SeSotho. We started working very closely, roaming the country trying to encourage waste pickers to organize themselves because waste management was on the brink of being fully privatised, which meant that waste pickers would lose their livelihoods. We worked together in diverse and multicultural communities around the country because he was able to converse in almost all our South African languages. He could speak SeTshwane, Afrikaans, IsiZulu, switching between different languages and groups, depending which province we were in.

After travelling to almost every town in South Africa, a national waste pickers meeting was held in Johannesburg, in 2009, the first of its kind in Africa. The South African Waste Pickers Association (SAWPA) was born during that conference. At that very same gathering he was elected as chairperson of the organisation and was also mandated to speak to the media on behalf of the organisation. He excelled at serving and leading SAWPA. His confidence grew tremendously and groundWork made sure that he was exposed to different social issues, information and spaces. He attracted media attention and he even commanded respect in places like the national parliament, having been invited to represent SAWPA at portfolio committee discussions on issues around the concept of Zero Waste.

Simon spoke his mind and had a very strong personality; he would argue and drive his points whether speaking to a professor or a fellow waste picker, he would take you on. He had a broad smile and his eyes at times made people uncomfortable, when he was engaged in debates. He had a deep and emphatic voice.

He travelled the world to countries such as India, Brazil, Egypt, Spain and France, to name a few. The contribution he made was very telling – he was instrumental in the formation of SAWPA, he represented Africa in the Global Movement of Waste Pickers. He was very instrumental in making sure that the rights of vulnerable waste pickers were not abused. He was involved in a number of activities, nationally and globally. The late Minister Edna Molewa once hosted him for lunch so that she could understand waste pickers issues. Even the current minister, Barbara Creecy, had engagements with him on COVID relief for waste pickers in South Africa. At the peak of the pandemic waste pickers were declared essential workers because he wrote a letter to the government demanding this. Simon made a vast and massive contribution to the waste movement. He strongly stood by the term Waste Pickers, a term that was considered a shame in the early 2000s, but which now has been embraced, and imbued with a sense of dignity.  Because of his drive and work-ethic, today there are even guideline documents for municipalities as to how they can integrate waste pickers in their waste management systems. In 2014 newspaper headlines claimed “Junk collector meets the Pope”, when Simon had dinner with Pope Francis, in Rome.

Simon, the accident near Sebokeng on the evening of 19 February has robbed us, by taking your life back to your creator. We are heartbroken, sobbing and confused, due to your passing. We will make sure that we take the baton, and continue the good work you have started.

May God comfort the Mbata family in these trying times.

Simon Mbata: The Waste Picker Pioneer who had dinner with the Pope

A tribute to my dearest friend, colleague and brotherhttps://t.co/7DJFZfHdEf pic.twitter.com/Vrl8oG2Rb5 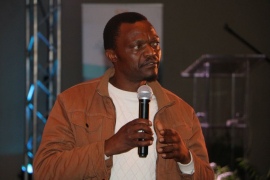 The SAWPA is one of the organisations formed to promote, protect and defend the rights of waste pickers in the country. Mbata who was its advocate, was also a member of the Global Alliance of Waste Pickers.

The waste pickers’ role has been widely recognised nationally and internationally including at the current United Nations Environment Assembly (UNEA) 5.2 held in Kenya, Nairobi, this week.

“At national level, collaboration with South African Waste Pickers Association (SAWPA), African Reclaimers Organisation (ARO), the Department of Forestry, Fisheries and the Environment (DFFE) and the Department of Science and Innovation led to the development of guidelines for the integration of waste pickers in the municipal waste management systems. Mbata participated in the inaugural 2019 Plastic Colloquium in his capacity as the Chairperson of SAWPA,” the Department said on Thursday.

In 2020, he also worked with the private sector and the DFFE to facilitate relief support to waste pickers amidst the COVID-19 pandemic that affected the waste collection systems.

On 18 February 2022, the day before he met his untimely death, Mbata briefed the Portfolio Committee on Forestry, Fisheries and the Environment on matters affecting the waste pickers.

“Minister Creecy, Deputy Minister Sotyu convey a message of comfort to his family, friends and colleagues,” the department said. 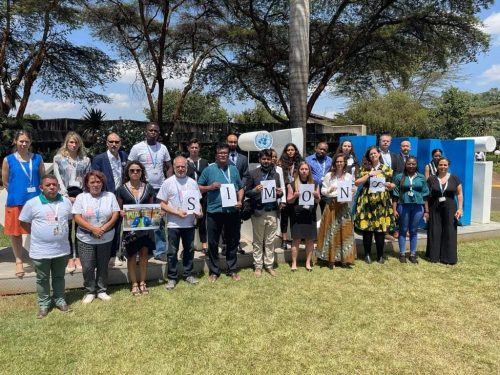 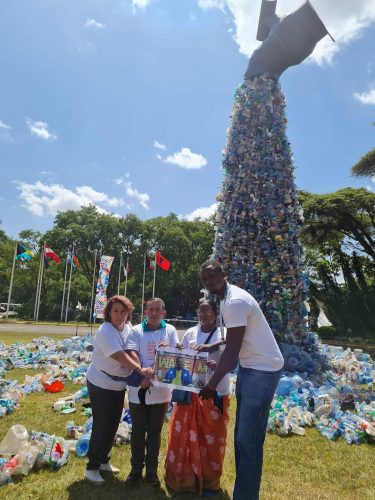 Though you are no longer with us,but your work, zeal, courage, struggle and heart felt desire for the betterment of the WASTE PICKERS LIFE all over the world 🌍
will continue to speak for you.
Rest on in the blossom of the Lord.YOU ARE LOVED AND CHERISHED, UNFORGETTABLE YOU ARE.

Sad news. I only knew him through our meetings in the committee, and through the very notable advances of South Africa for the recyclers I salute his activism and commitment.
As I used to say, the results of countries are inspiring and Bokk diom still remembers the visit to South Africa. Because it allowed them to understand the real stakes of the fight of the recyclers.
Thanks to South Africa.
Thanks to Simon, one of the builders.
May God welcome him in his heavenly paradise.

Farewell to my beloved comrade and brother (Friday Oku)

My beloved comrade as you are lower to the mother Earth today May your soul rest in peace with our Lord Jesus Christ . You came to this World and make a difference for us in the Wastepickers fraternity. Goodnight Brother

I am writing to express my deep condolences to the Waste Picker community on behalf of WasteAid. I have been speaking to Simon over the past few months and collaborating with him on the design of projects in South Africa that would support the informal sector. I was so shocked and saddened to hear of his passing. He was remarkable man, always ready to help and advise and so enthusiastic and passionate about advocating for informal groups. He will be hugely missed by us.